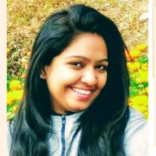 Have you ever found yourself stuck amidst a crowd of known and unknown faces, smiling and waving at you from distance? Even at times walking up to you just to ask some formal questions for which they do not seek answers in reality? Or worse, they come to you to have a small, friendly, how-have-you-been chat, while their eyes roam around to ferret out the next fish in the pond so as to catch some points in their socializing net?

Well, I have been in such situations multiple times and at every occasion, all I do is tell my Snoopy mind how much I wished to have stayed in my bed because it’s too peopley out here. But alas! I am not Charlie Brown, who while saying this to real Snoopy, lied comfortably in his bed and I presume that at least he was able to enjoy solitude on that particular day.

While I understand the extroversions, benefits of socializing, and the urge of the people to be a part of this world at large; what I fail to understand is why introversion is perceived as un-nerving, non-contributory and unhealthy. Often called out as lone-wolf, sheepish, unadventurous, diffident, unsocial, etc. introverts generally are greeted with pieces of advice like, “You should shed that shyness.”, “Come out and talk to us, you will feel good.”, “You don’t have to be alone.”.

This is where I see a problem.

This approach not only portrays the introvert personality trait as negative and weak but also dangerous. To add to the toppings are the situations when disorders like social anxiety and depression are linked directly with introversion, simply because a majority of people lack awareness and choose to believe the prevailing notions, which most of the times are half baked. Believe me, I have seen many outgoing people with severe social anxieties and numerous vibrant smiles camouflaging depression and loneliness.

As a child, I remember being pushed in front of relatives, friends, and guests to recite a poem, sing or dance as it would take away my fears and anxiety of being around people. Only if my parents understood that the so-called fear or anxiety never existed in me. Even today I struggle to make them understand that there is nothing wrong in being an introvert.

Yes! It is not any social disorder and is not wrong at all.

The myths need to be busted that extroversion is inherently better than introversion or vice-versa.  The basic difference in two personality traits is just that while extroverts have a high threshold and feel energized being around people, introverts on the other hand gain energy from their solitude and their creativity ushers in the low-simulation environment.

Another myth about introverts that has been going around since ages is that they are less successful. Thankfully, we have a number of successful personalities like J.K Rowling, Rosa Parks, Albert Einstein, Bill Gates, Michal Jordan, Warren Buffet, who have already broken the notion with their exemplary lives.

Next in the queue is that introverts do not have friends as they don’t like humans. Ahem! Last time I checked, there wasn’t any sign of green skin or antennas on my head. I am human too and I love myself. As far as friends are concerned, we may not have mountains, but certainly, we have moles, which means we may not have 1000s of wishes flowing in on our birthday but two-three wishes filled with genuine love and care are enough for us.

To sum up, we live in a world where socializing is a life-saving skill and the ability to mingle with people displays qualities like leadership, confidence, and positivity.  Exchanging social pleasantries, attending get-togethers, parties, gatherings, and reunions are taken as a sign of a healthy lifestyle. However, it’s high time for the world to understand that there is much more about introverts, which lies in the positive light.

On a lighter note, dear introverts! Two things for you to remember.

One, when you find life becoming congregated and you have no option to escape, sit back & observe, for the theatre has many interesting characters portraying life in true and raw colors.

Second, never forget that for some other introvert, you are also one among the crowd making this earth peopley. So, make things easier for your flock’s bird and be like Charlie Brown.